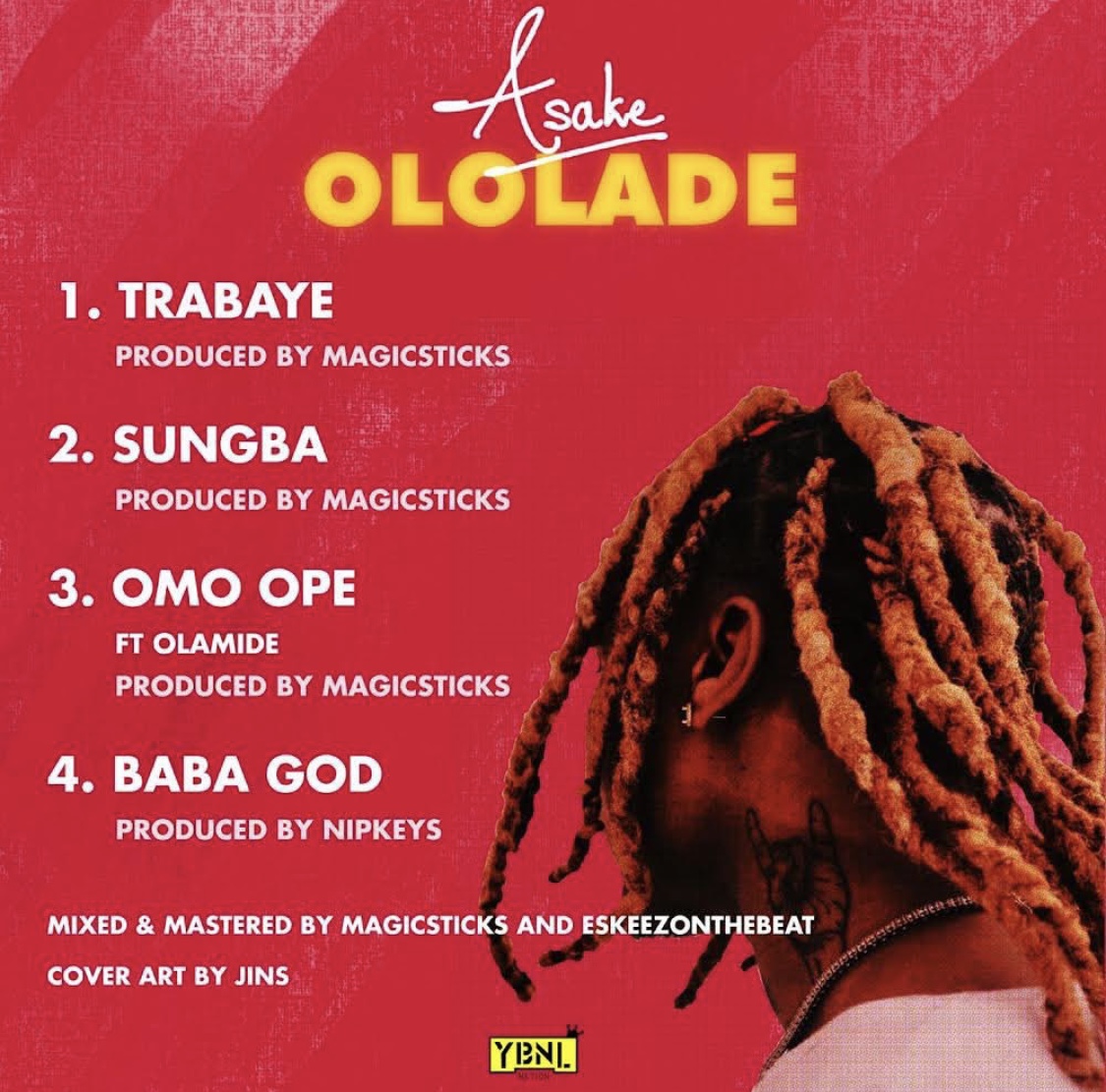 Olamide added a soft vocal to the record. He indeed confirms that he is sending Asake as a YBNL Nation mafia to go dominate the mainstream.

Although, the EP, ‘Ololade‘ was premiered on various radio stations in Lagos a few hours ago with fans yearning for the full tape that has arrived on all streaming platforms.

In addition, the ‘Ololade‘ EP is a 4-tracks project that features Olamide. With production credit from Magicsticks and Niphkeys.