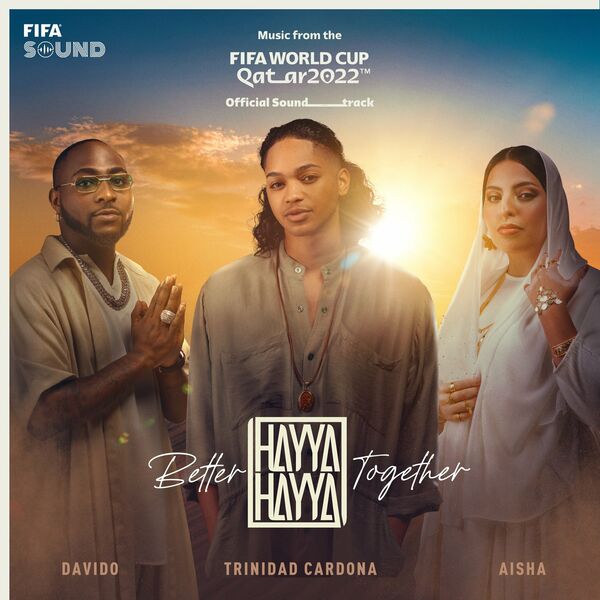 Trinidad Cardona, Davido and Aisha have released a new song ‘Hayya Hayya’ (Better Together) which is the first single of the multi-song FIFA World Cup Qatar 2022™ Official Soundtrack.

By bringing together voices from the Americas, Africa and the Middle East, this song symbolises how music – and football – can unite the world,” said FIFA Chief Commercial Officer Kay Madati. “As part of FIFA’s revamped music strategy, the multi-song soundtrack will bring passionate fans closer to the spirit of the FIFA World Cup like never before.”

Drawing on R&B and reggae influences, the song epitomises the excitement of a football festival that will light up the world later this year.

The track’s debut public performance will take place tonight in front of a worldwide audience of football fans, who will tune in from around the globe to follow the highly anticipated draw starting at 19:00 local time.

The song is the first in a selection of soundtrack singles that will hit the airwaves over the coming months, as anticipation grows in the lead-up to the start of the FIFA World Cup on 21 November 2022.

The song Hayya Hayya (Better Together) was produced by RedOne and released through Def Jam Recordings.