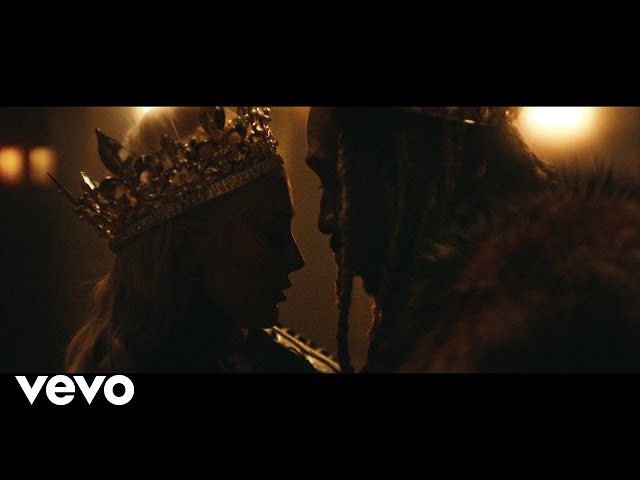 Following the release of I Never Liked You, Future has shared the video for “Wait for U” featuring Drake and Tems.

Directed by Director X, the visual depicts a fantasy tale of love and betrayal entitled, “The Tale of the Toxic King.” Future’s love interest writes him a note that reads, “I doth findeth it funny,” while Drizzy stars as a knight in shining armor who saves his love from captors.

Complete with elaborate sets and multiple sword battles, the video wraps with Future sending a note of his own. “I am goodeth beloved,” his note reads. “Enjoyeth.”

The “Wait for U” video comes not long after Future dropped the deluxe edition of I Never Liked You, which added six additional tracks to the record.

Watch and Enjoy Future ft. Drake, Tems – Wait For U (Video) below:-