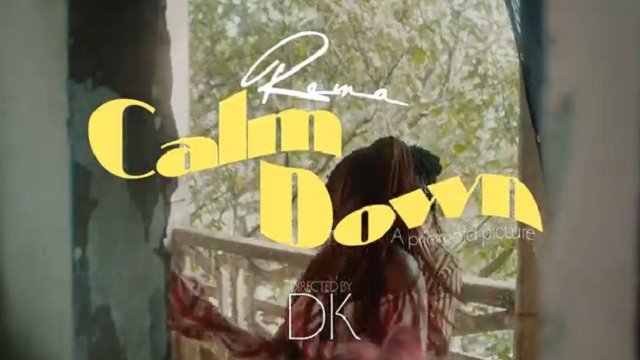 The Andre Vibez and London-produced song “Calm Down” is an impressive track that leads the way to Rema’s upcoming debut album.

Rema delivers a special record, “Calm Down” that expresses his feeling for a girl he loves. It has his sleek visceral vocals.

Following the release of the song, Rema also revealed that his debut album, ‘Rave and Roses‘ will be available on the 25th of March 2022.

Meanwhile, Rema’s debut project, ‘Rave and Roses’ album is a 15-tracks project that sees collaboration from 6LACK and others.

The video directed by DK for Priorgold Pictures.

Watch and Enjoy Rema – Calm Down (Video) below:-