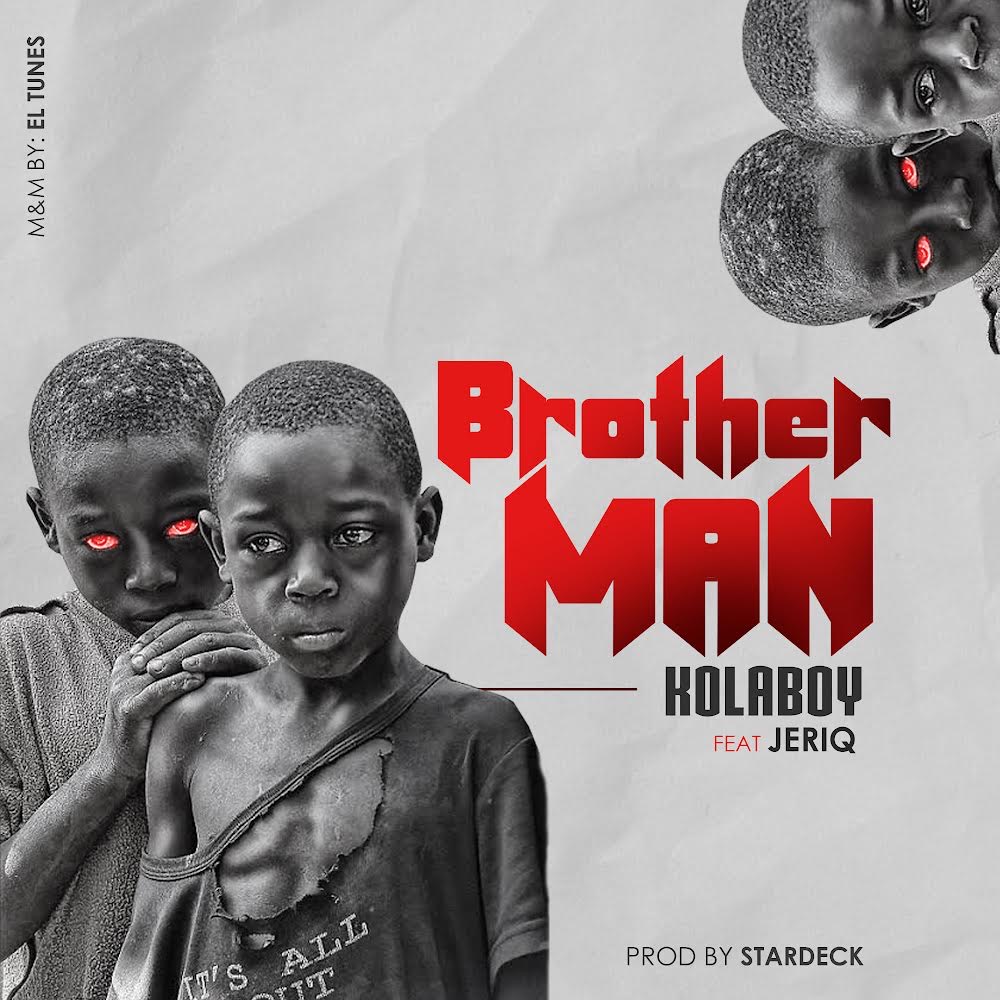 Without writing much on this, Kolaboy obtained the vocal signature and rap uniqueness of his colleague in the Igbo rap industry, Jeriq who took a verse upon himself to make the sound, “Brother Man” more ear-tastier.

Last year was Kolaboy’s most successful year since he started his music career professionally. He regularly links up with Ugoccie who is also one of Eastern region’s future prospect with their immense input on “Do You Really Like Me“; going viral on all social media platforms.

Jeriq on the other hand is an awe-inspiring music artiste. He recently opened an account for the year with a formidable freestyle, “2022” while ending last year with a Flavour-featured ballad Highlife number tagged, “Oluoma.” His versatility has earned him a call on Kolaboy’s record, “Brother Man” as they both drops straight bars on the craft.

“Brother Man” talks about helping a friend who is in need and when everybody learns how to lift their friends up during difficult time, the world will be a better place. The jam serves as his Kolaboy’s first appearance of 2022 after the massive support his 2021 outing, “Omalicha” featuring Ejyk Nwamba had.

Additionally, music production assistance was led by Stardeck while mixing and mastering was executed by CautionLxe.